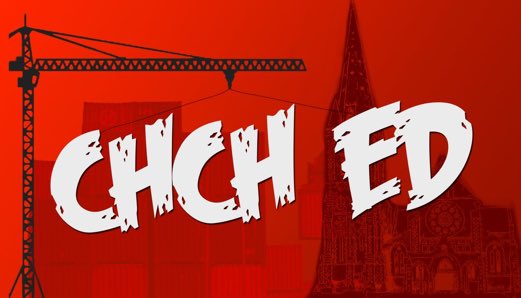 Where are all the girls? Girls in STEM

Where are all the girls?
How to increase girls’ participation in STEM

Of growing concern in the 21st Century is the lack of people involved in Science (including Computer Science), Technology, Engineering and Mathematics (STEM) subjects in both their education and their careers. As stated in the Education Minister’s foreword to ‘A Nation of Curious Minds – He Whenua Hihiri i te Mahara,’ a national strategic plan for Science in Society,  New Zealand needs to produce a workforce skilled in STEM (science, technology, engineering and mathematics) to be globally competitive and meet the societal and environmental challenges of the 21st Century. Currently there is a lack of students and professionals in STEM fields therefore making this a high priority topic for education. An important factor to explore with regard to this is the low participation rates of women in certain STEM fields - namely Computer Science and Engineering. The participation of women in these fields is currently sitting around 20%.

In the early years of their education girls demonstrate a similar interest to boys in STEM subjects but their interest decreases as they get older and move from primary school, to middle school, to secondary school. Fewer women take STEM majors at university, less take advanced degrees in STEM subjects and even less are employed in STEM careers. Some argue that girls are just not as interested in these subjects and careers as ‘girls can do anything’ but the reality is far from that. Social and cultural influences still pressure girls to make gendered choices throughout their education and careers.

There are a range of issues that have a negative impact on the participation of girls and women in STEM curriculum and careers. Gender stereotypes create a binary construction of masculine and feminine with many STEM careers being seen as masculine. This creates a situation where girls have difficulty reconciling their concept of who they are as a girl, with the stereotyped male-dominated concept that society portrays of people involved in STEM careers, especially in areas such as computer programming, engineering and physics. It would be easy to think that society has moved beyond this but it was only a few years ago, in 2010, when Mattel published a book called “Barbie is a Computer Engineer.” Rather than this book being a celebration of the ‘girls can do anything’ concept it is the exact opposite. Barbie is working on a game to teach girls about computers. But, she is actually unable to write any of the coding herself – she has to get the boys to do that. Then, she manages to infect her computer, and her sister’s computer, with a virus and again she has to get the boys to help her. It is not hard to see the message this book is giving to girls.

Stereotypes regarding females and STEM subjects have a negative impact on girls and affects the education and career choices they make, reducing the likelihood they will choose STEM related pathways. Every time a girl hears her mother say she was no good at maths at school this reinforces the gender-stereotyped idea that, because she is a girl, she probably won’t be very good at mathematics. And, every time a girl visits a shop that organises their toys according to gender, these stereotypes are further reinforced. Lego is a perfect example of this. Gone are the days when Lego was just Lego. Now is it divided into boys’ Lego and girls’ Lego. This post by Lori Day gives a perspective on the genderising of what used to be ‘Universal Building Sets’ http://www.womenyoushouldknow.net/little-girl-1981-lego-ad-grown-shes-got-something-say/. And while it is easy for people to argue that girls can easily buy the Lego that is targeted to boys if they really want it is not quite that simple. From birth, children are bombarded with messages about what is and isn’t desirable for their gender and what 7 or 8 year old child, thereby creating in them a subconscious bias - and what child can stand up to that - especially when they are not even aware it is happening.

I cringe when I hear people suggest that girls just aren't interested in STEM subjects, or they aren’t as good as Maths as boys. Stereotype threat, a social-psychological phenomenon that has been shown to reduce girls’ achievement in STEM subjects. Stereotype threat is present when one is concerned that their behaviour or achievement will be seen as confirming negative stereotypes. There have been numerous studies with maths tests that show that when girls have been told before a test that boys perform better on the test than girls their results are significantly lower than when they have been told that boys and girls perform equally on the test. Likewise research has shown that the merely having report on whether they are female or male before a maths test rather than after the test reduced performance for the female test-takers.

It is not just the stereotypes around girls that is the problem. Stereotypes are also present with popular perceptions of STEM curriculum and careers, especially computer science. These stereotypical perceptions are often built around qualities that are seen as being more desirable for males than females. Physical and social environments of schools and organisations impact on the participation of girls and women in STEM subjects. Cultural stereotypes create a perception of a gendered environment which is turn has a negative impact on the sense of belonging that girls and women will feel in that environment. Research into ambient belonging has shown that something as simple as a science fiction poster (as compared to a gender neutral poster) or a stack of soda cans (compared to water bottles) reduces the ambient belonging many females experience and therefore reduce the likelihood that they will be interested in working or studying that environment.

So, as teachers what can we do to encourage an increased participation of girls in STEM subjects and careers.

So to sum this up … key factors to increase girls’ participation in STEM are twofold. One is involving strategies to increase the interest of girls and women in STEM fields and the other is changing society and the stereotypes that are built around firstly, what it means to be a girl or woman in our society, and secondly, around male dominated STEM fields. You cannot be expected to take on the whole of society but you can make sure that the experience girls have while they are in your school is one where gender-equity is paramount, and girls will have the opportunities to develop their STEM interests to the fullest.